Summer vibes with Make Up For Ever Pro Bronze Fusion 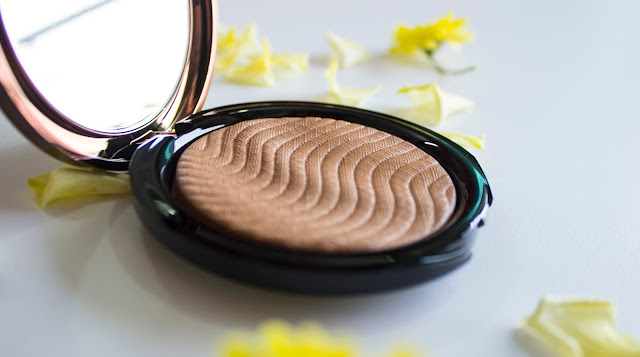 It took me sometime to appreciate this bronzer. The formula is really weird - it doesn't feel powdery at all and almost feel creamy and it is very sheer and gives a second skin effect. I didn't like it initially but now that I have used it for about a month now, I have developed a liking for it. 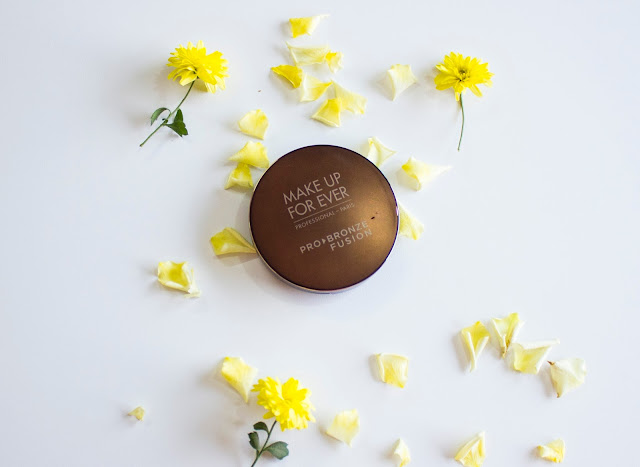 It comes in a standard plastic compact with the company's name/logo on top. The plastic doesn't feel cheap and crapy in anyways and feels sturdy. The product is for USD 36.00 for 11 gms of product.

There are quite a few shades in matte and iridescent finishes. I picked up second darkest shade - 25I Iridescent Cinnamon, which is a warm medium brown and leans orange. But, it suits my warm and naturally tanned South Asian/ Indian skin well. This shade will suit well to those with about medium-tan skin. I am about MAC NC40 in MAC foundations. Anyone above this shade should go for a shade darker. 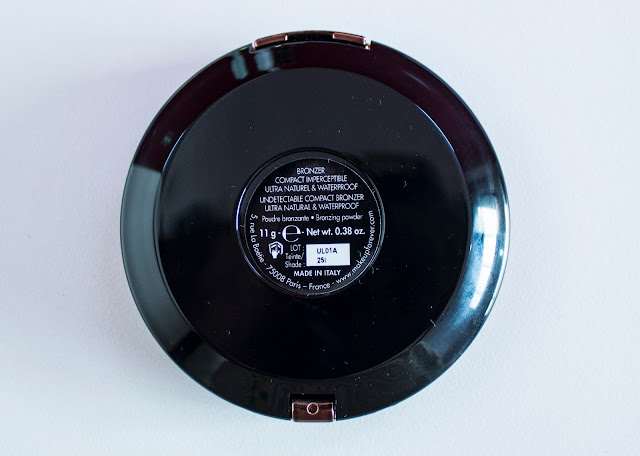 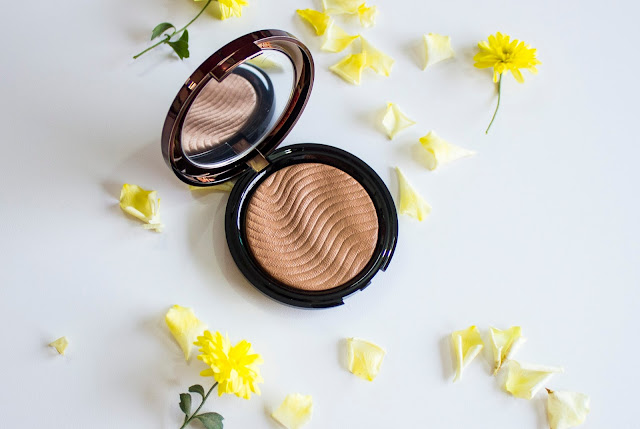 The product has very beautiful desert sand pattern in it that looks very intriguing and pretty. They recommend to swirl the brush in '8' shape against these grooves for optimum product pick up, which I recently learned from Sephora's website and I started appreciating this bronzer.

The company also claims that the bronzer is waterproof - which I haven't tested, but, this lasts well on  me without fading or getting patchy. 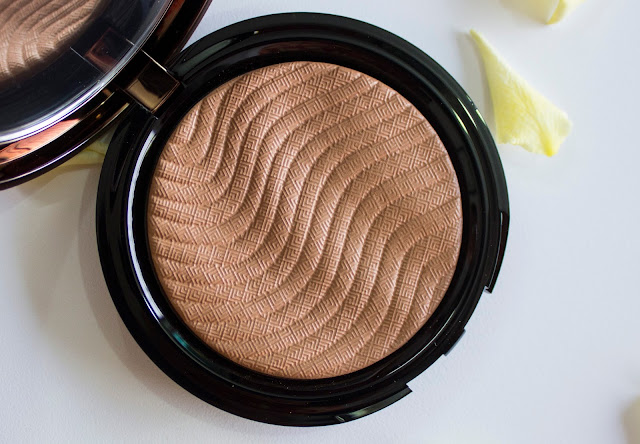 The Iridescent finish has slight shimmer in it which is apparent when you swatch it (it was very difficult for me to capture the shimmer in pictures), but, it doesn't look shimmery at all on the face. 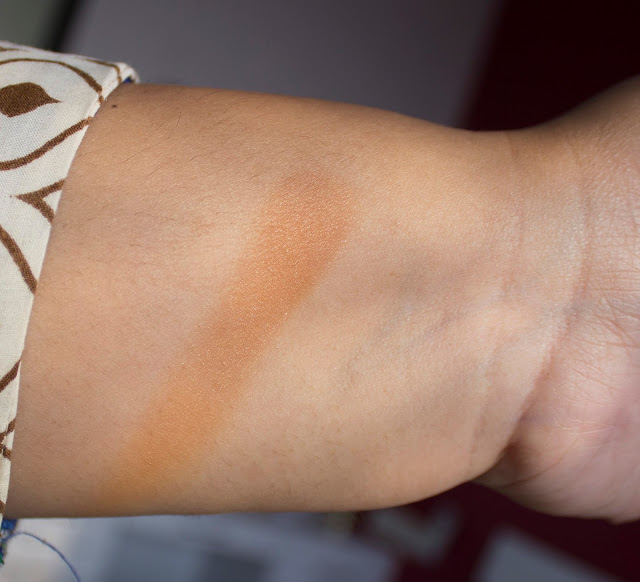 Even though the formula of this bronzer is sheer, it can be built up for a really summery tanned effect and this is what it looks on me when I heavily build it up in 2-3 layers. I must say it looks like a bronzer on me but not too heavy or too overpowering.


When applied lightly, just as and wash of color all over using a fluffy brush, it looks barely there and almost washes out in pictures. But, in real life and in general I prefer light application of colored products as it doesn't look too overpowering and obvious. But, it depends on the look I am going for that day. If I am going for the bronze goddess - very bronzey glowy look I would certainly build it up for a fuller intensity color.

Tom Ford and Nars have also launched bronzers in similar formula as part of their Summer 2017 collection. I am waiting for some reviews to surface on the web before I splurge on them.

I hope you guys found this post helpful, as I thought, this was just the right time for talking about a bronzing product as we are in the summers already.

Email ThisBlogThis!Share to TwitterShare to FacebookShare to Pinterest
Labels: Bronzers, Make Up For Ever, Review